In a Dialog Right from the Start.

>> Now I know the people with commitment in the neighborhood, and I know how to impement ideas together with them. <<

Resident at In der Wiesen Süd

The approach of a dialog-oriented development of new housing with the focus on community rooms across building sites is new for Vienna and deserves special consideration within the framework of the IBA_Vienna. After the introductory stage of the project, it is now possible to examine and evaluate which measures work well, which should be further developed and which findings can now be applied to the development of new neighborhoods in the city.

Accompany residents into the future!
The new approach to neighborhood development is characterized by intensive coordination processes between the developers during the planning stage, as well as early support for the residents.

Take responsibility!
The entire process implied a completely new approach in Vienna. The aims of the support were to encourage the residents to take the design of their immediate living environment into their own hands, to take responsibility for community activities and to get in touch with their new neighbors. The support of this process gradually receded, leaving behind a well-organized community of residents who, as a community, are taking on new social responsibilities.

Save costs together!
Overall, fewer communal spaces were built, but some of them are larger and u. An easy-to-use digital platform is used to book the communal spaces.

Dialog-oriented to community!
For the first time in Vienna, a new housing project has been developed within the framework of a dialog-oriented, two-stage competition with a focus on coordination across building sites. The aim of the project was to develop a coherent housing project that would link neighbors across properties and support their self-organization in order to realize common concerns and activities and to revitalize the neighborhood.

Active neighborship takes the lead!
Workshops of the developers took place in the second stage of the competition. The residents were supported from 1 year before until 2.5 years after moving in. The results are an open, connecting outdoor space, communal spaces that can be used across all building sites and active neighborship. During the thematic group meetings, the neighbors deal with the uses, the spatial configuration and the necessary rules. As part of the dialog, the so called Wiesen Forum was established. The thematic groups send one or more delegates to the Forum.

We celebrate the "Gemeinschaffen" in the neighborhood: film presentation with party 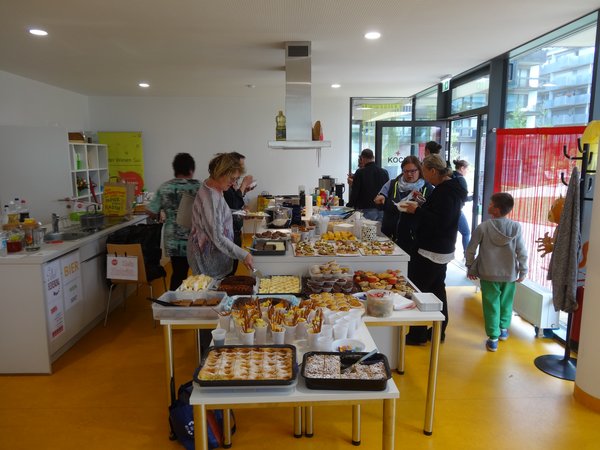 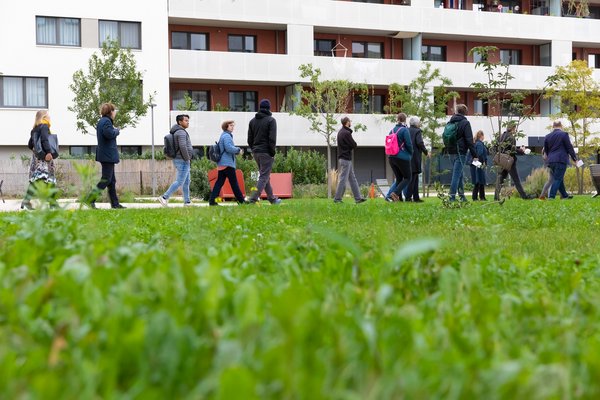 Guided tour of a cross-building experiment in the 23rd district 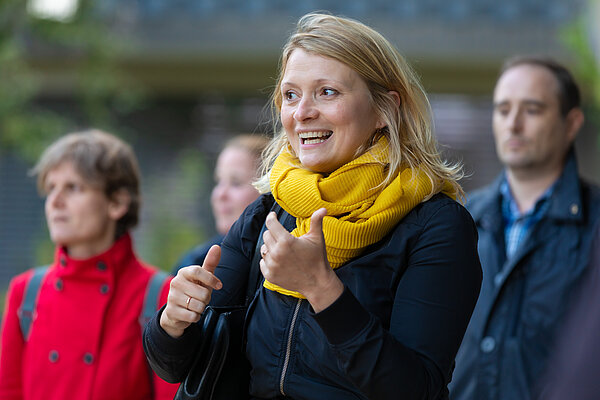